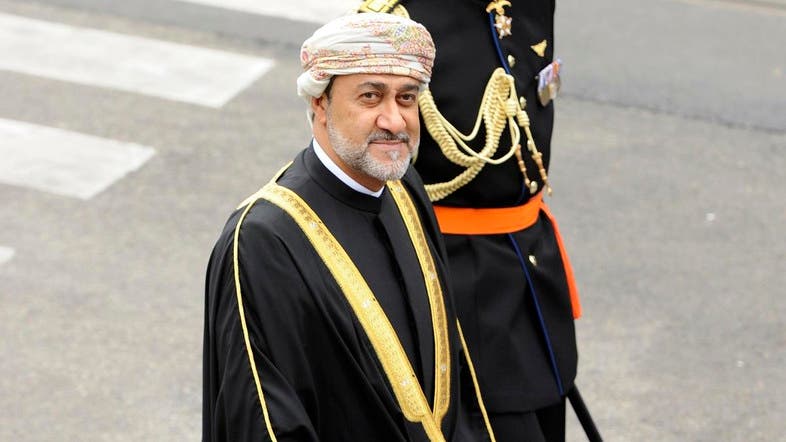 the new Sultan of Oman is a person of “considerable leadership experience” and is poised to advance the country, experts told Al Arabiya English on Saturday.

Haitham bin Tariq al-Said was sworn in as the new Sultan of Oman on Saturday morning, hours after it was announced that his cousin, longtime ruler Sultan Qaboos, passed away at the age of 79.

Sultan Haitham “is a person of considerable leadership experience,” said former US ambassador to Oman Richard Schmierer in an interview. Schmierer met with Sultan Haitham when he was serving in his previous position of Oman’s Minister of Heritage and Culture.

“I found him to be very thoughtful and personable, welcoming and easy to engage with. I am confident that Oman is in very capable hands with him as the Sultan,” said Schmierer.

Sultan Haitham affirmed the continuation of his predecessor Sultan Qaboos’ principles on Saturday.

“We will follow the path of the late sultan,” Sultan Haitham said in his first public speech after being sworn in.

“Most people I talked to believe that Oman will see a lot of reforms as part of the new era” under Sultan Haitham, said Junaid in an interview.

He was most recently Oman’s Heritage and Culture Minister, responsible for promoting and preserving Omani heritage and culture.

Previously Sultan Haitham was Undersecretary of the Ministry of Foreign Affairs, and before that, Secretary General for the Ministry.

He also served as chairman of the Board of Trustees of the National Museum and was the first president of the Oman Football Association.

Born in 1954, Sultan Haitham graduated from Oxford University in the UK in 1979. He is the tenth Sultan of Oman.