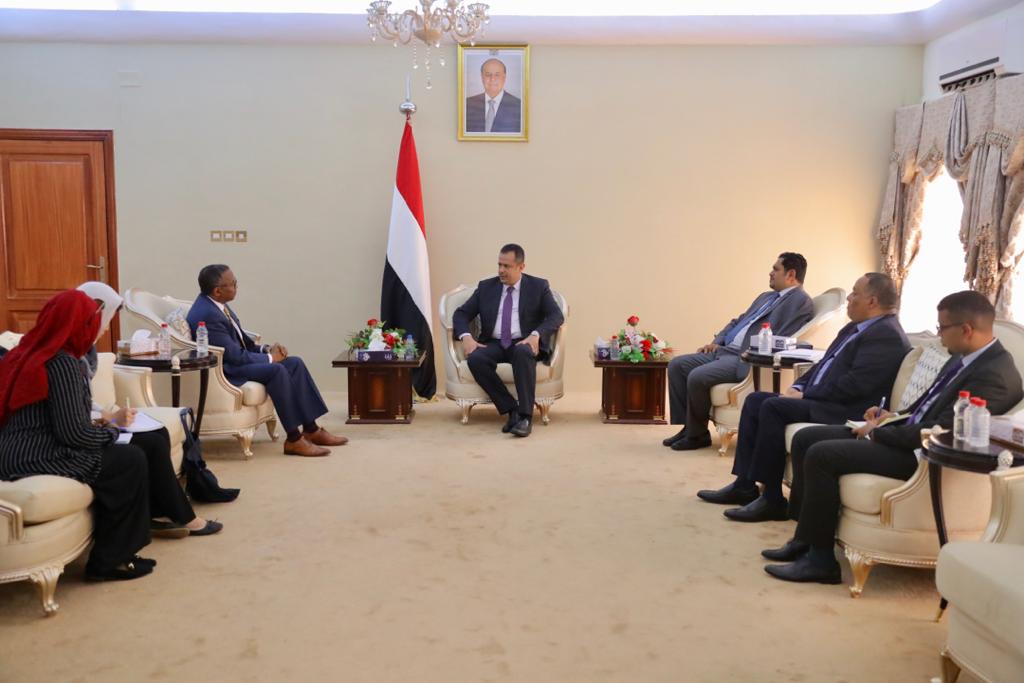 They discussed cooperational relations between Yemen and the OHCHR in the areas of monitoring human rights violations, including the brutal crimes committed by the Houthis against civilians in the rebel militia's areas of control.

The militia have been imposing arbitrary measures on organizations including international organizations operating in the militant-controlled territories. The Houthi restrictive measures have affected the OHCHR itself.

The Prime Minister reaffirmed the government's commitment to human rights and international humanitarian law, and its willingness to cooperate with the OHCHR and facilitate its mission.

He said the Houthi triggered war left a tragic reality in Yemen, so houses were destroyed, rights and freedoms were violated, children were recruited to warfronts, education was denied, and many civilians lost the right to a decent life.

He especially pointed to the Houthi policy of besieging and starving cities as among the most heinous crimes.