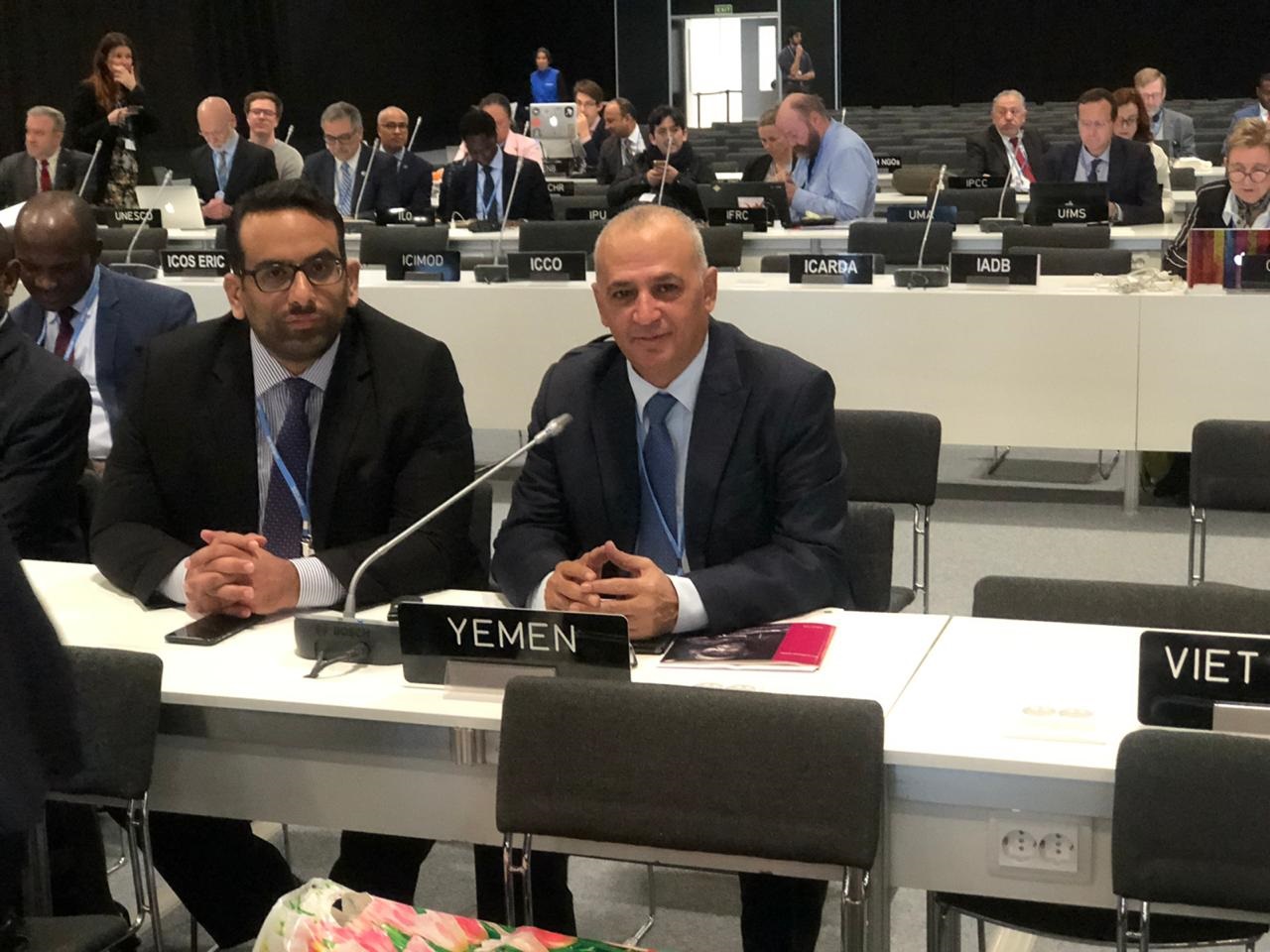 Acting Minister of Water and Environment Engineer Tawfeeq al-Sharjbai has said Yemen is among countries facing dangers of climate changes, in addition to its vulnerability of facing dangerous environment since Houthi coup against the state.

In his speech he delivered Wednesday in the UN conference on climate change "COP 25" held here, al-Sharjbabi warned of climate and environmental changes in Yemen since Houthi militia's coup against the state and aftermaths of this coup on different domains of life, in addition to climate changes Yemen has witnessed and increasing cyclones on southern coasts, a matter affected negatively on increasing diseases and endemics across Yemen.

He pointed out that Houthi militia violated all local and international laws, norms and agreements by sweeping lands, planting different forms of land and sea mines, destroying environment in their held areas and banning UN teams do maintenance work to the swimming Safer Oil Tank on Ra's Isa Port in Hodeida, which could cause a catastrophe in the Red Sea and Bab al-Mandab and Suez Channel, the most important water routes in the world.

He called the countries organizations interested in protecting environment to cooperate with Yemen for facing negative results resulting from natural catastrophes and enabling less developed countries to realize sustainable development.