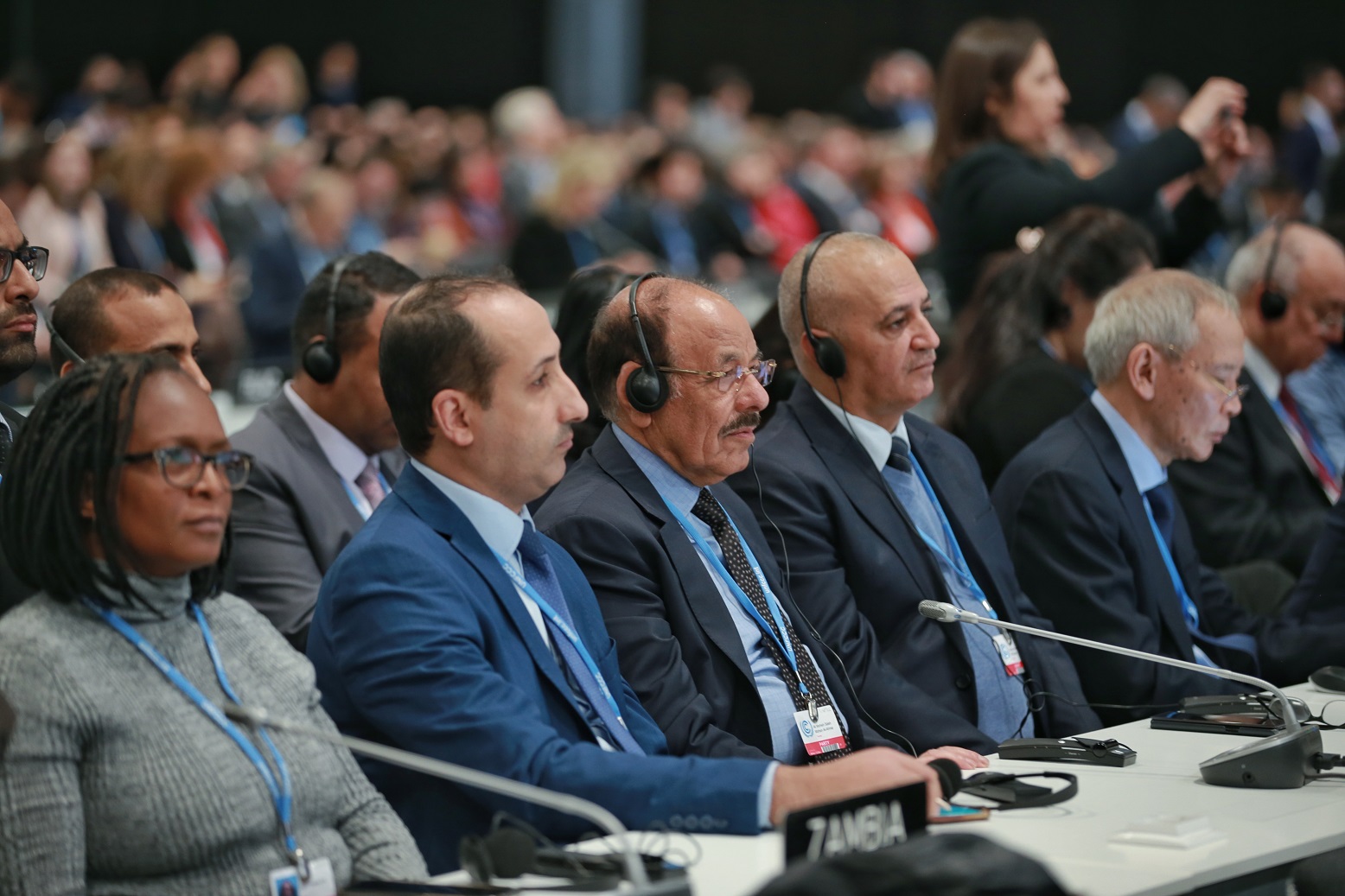 Vice President of the Republic (Lt Gen) Ali Mohsen Saleh along our country's delegation attended today, Monday, the opening session of the COP25: UN Climate Change Summit in the Spanish capital Madrid. Up to 200 nations' representatives are participating in the summit.

Our country's delegation contributed with a statement noted that Yemen like other nations around the world is vulnerable for the consequences of climate change particularlyat this stage in which Iran-allied Houthi militia has caused damage touched upon everything in the country including the environment.

The statement continued to read" Houthi militia has violated all conventional international and national laws and conventions creating serious pollution in the land and sea by spreading thousands of landmines".

The statement warned of a looming dangerous environmental disaster as a result of the militia's rejection to allow a UN's team to access to Safer floating oil reservoir in the Red Sea to conduct the urgently needed maintenance the reservoir in need of. The tank is containing above one million of crude oil, unless the necessary maintenance is carried out there will be one of the most serious environmental disasters.

The statement also called on all interested organizations around the world to help preserving the ecosystem of Socotra island as one of the natural protectorates enlisted in the world heritage.