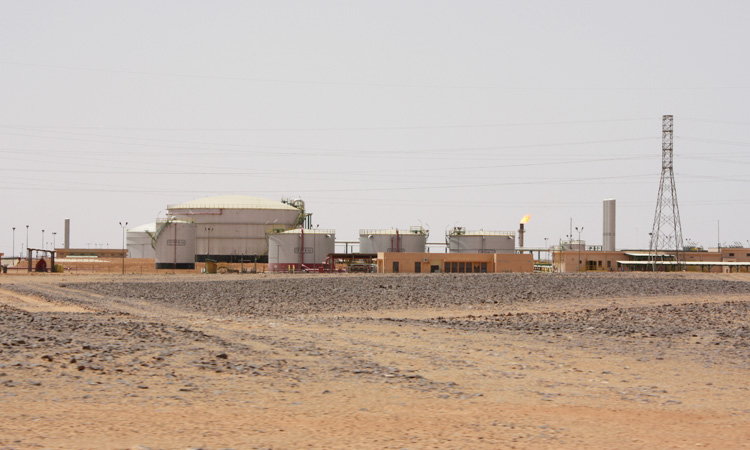 East Libya based forces said they had launched air strikes near oilfields in the southwest of the country early on Thursday, after fighting in the area briefly shut down one of two major fields.

The eastern-based Libyan National Army (LNA) said on Wednesday it had driven rival factions from the 70,000-barrel-per-day (bpd) El Feel oilfield after carrying out air strikes, leading to production being halted.

Engineers at El Feel said on Thursday that production was gradually restarting.

The fighting reignited a conflict for control of large oilfields in southwestern Libya between competing military alliances that are also battling on the outskirts of the capital, Tripoli.

The claim could not be independently confirmed. Both sides in Libya's conflict frequently accuse the other of depending on African mercenaries.

The forces aligned with Tripoli had taken control of El Feel for several hours on Wednesday before being driven back.

Libya has been divided since 2014 into rival military and political camps based in Tripoli and the east. Haftar controls most of Libya's oil fields and facilities but oil revenues are controlled by the central bank in Tripoli.

Libya's oil production has been repeatedly disrupted over the past five years by conflict and blockades, but recently it has been relatively stable at about 1.25 million bpd.

Earlier this week, engineers at Sharara said the field production was stable at about 280,000-300,000 barrels per day (bpd), and security within the field was good.