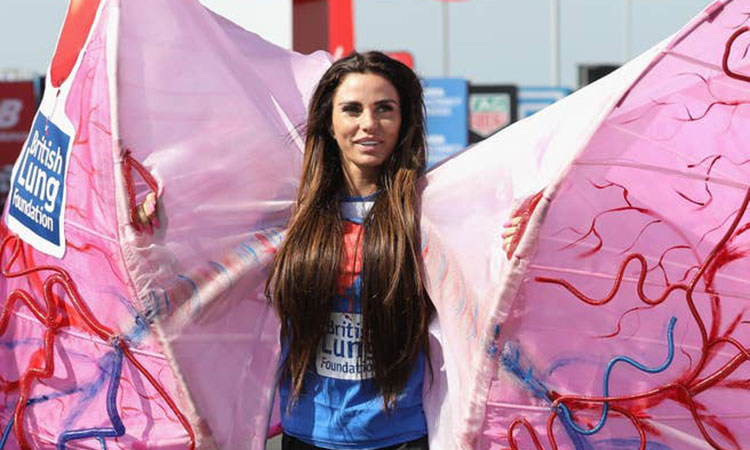 Singer Katie Price has been declared bankrupt by a London court after she failed to pay off thousands of pounds in debt despite warnings from her creditors, a media report said on Tuesday.

Price, earlier known by pseudonym Jordan, is a media personality, model, and author. Mother to five children, she now runs the risk of losing her mansion due to insolvency, the Mirror reported.

Price was declared bankrupt after she had blown her entire £45million (Rs 413 crore or 57 million dollars) fortune over the years.

She didn't turn up in person or sent a lawyer to fight her case in court, the report added.

She had submitted a payment plan in the form of an Individual Voluntary Agreement (IVI) late last year to manage repayment of estimated £250,000 in debt.

In September, a bankruptcy charge was laid on her West Sussex mansion.

At a hearing in October 2018, she was given time to negotiate a deal with taxmen over her finances and her proposal for an IVA was accepted on November 30, 2018, the report said.

In memoir, Haley alleges disloyalty among some on Trump team