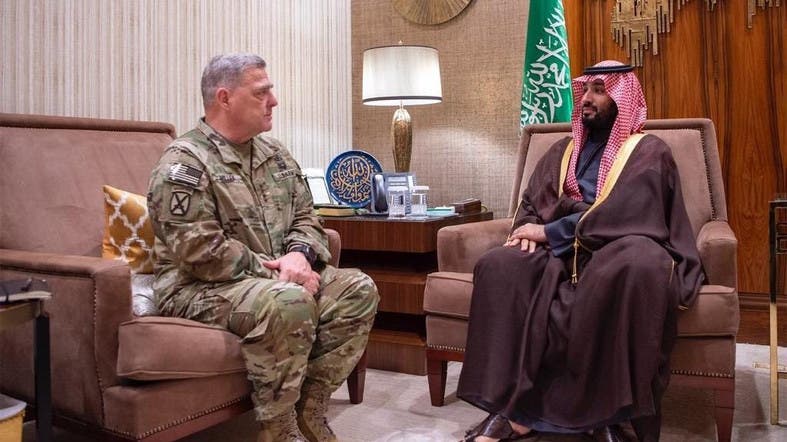 The Crown Prince and General Mark Milley discussed aspects of cooperation between Riyadh and Washington, especially in the field of defense, the latest developments in the region and the joint efforts which serve international peace and security.

The meeting was attended by Saudi Arabia’s Prince Khalid bin Salman, Deputy Minister of Defense and other Saudi senior defense officials as well as US Ambassador to the Kingdom John Abizaid along with the military attaché in the embassy and other US officials.