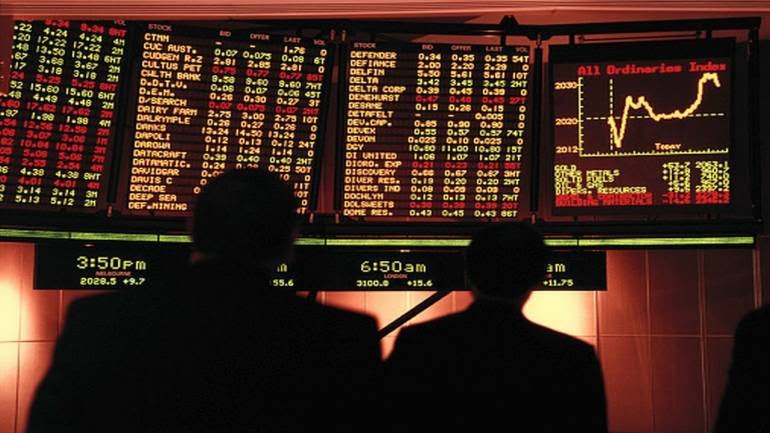 Reuters news agency said that Asian stocks jumped on Friday, propelled by a record S&P 500 finish and White House comments suggesting Washington and Beijing were close to striking a trade deal, reviving hopes the tariff war may near an end.

However, analysts said investor sentiment remained fragile after weak data from China reinforced concerns about the global economy and amid increasing caution about false signs of progress in Sino-US trade talks.

White House economic adviser Larry Kudlow said on Thursday that Washington was getting close to a trade agreement with China, providing a fillip to investor confidence.

That helped to lift MSCI’s broadest index of Asia-Pacific shares outside Japan up 0.67%. Japan’s Nikkei added 0.76% and Australian shares gained 0.8%.

Chinese blue-chip shares gained 0.06% shortly after the start of trade.

Shane Oliver, chief economist at AMP Capital in Sydney, likened the market’s reaction to positive trade news to being in a relationship with an alcoholic, driven by entrenched hopes for recovery.

“Markets want to believe that there will be some sort of resolution to this issue, some sort of lasting truce at least, even though the experience of the last 18 months doesn’t give a lot of cause for comfort,” he said.

However, Oliver said weaker Chinese and US economies, and the US presidential election next year put pressure on both sides to come to an agreement.

Higher US Treasury yields also illustrated the risk-on tone in the Asian session, with the 10-year yield rising to 1.8445% from a US close of 1.815% on Thursday.

The policy-sensitive two-year yield rose to 1.6117% from 1.593% on Thursday after US Federal Reserve Chair Jerome Powell said the risk of the US economy facing a dramatic bust is remote.

A Reuters poll of more than 100 economists showed that while concerns have eased over a US recession, few see an economic rebound, and most believe a trade truce is unlikely in the coming year.

Global sentiment has been buffeted in recent weeks by conflicting assessments of progress in talks between the United States and China aimed at ending their 16-month-long trade war.

On Thursday, China’s commerce ministry said that the two countries are holding “in-depth” discussions on a first phase trade agreement, and that cancelling tariffs is an important condition to reaching a deal.

China has also ended a nearly five-year ban on imports of US poultry meat, which the U.S. Trade Representative said would lead to more than $1 billion in annual shipments to China.

Those developments followed comments from officials from both countries last week that they had a deal to roll back tariffs, only to have US President Donald Trump deny that any such deal had been agreed to.

The new record for the S&P, which gained just 0.08% to 3,096.63, came despite a grim outlook from network gear maker Cisco Systems that underlined the impact of trade uncertainty.

The company forecast second-quarter revenue and profit below expectations as increasingly global economic uncertainties kept clients away from spending more on its routers and switches, sending its shares down 7.3%.

“In further diminishing the likelihood of significant fiscal stimulus from the Berlin government, it was not good news at all,” analysts at National Australia Bank said in a morning note.

The German data followed numbers from China indicating a faster-than-expected slowdown in factory output growth in October due to weak domestic and global demand.

In commodity markets, US crude prices rebounded after sliding Thursday on rising U.S. crude inventories. US West Texas Intermediate crude was 0.49% higher at $57.05 a barrel.

Gold retreated from gains that had been prompted by trade uncertainty. Spot gold was last trading at $1,467.50 per ounce, down 0.23%.