Car bomb kills at least one near protest camp in Baghdad: Authorities 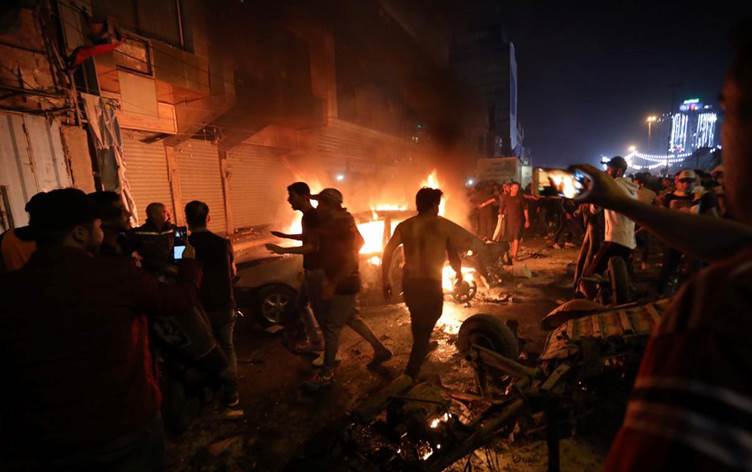 At least one person was killed and more than a dozen wounded late Friday when a bomb placed under a vehicle detonated in the protest-hit Iraqi capital Baghdad, security forces said.

In a statement distributed to journalists, the security forces said the blast went off near Tahrir Square, which has been occupied for three weeks by demonstrators demanding regime change.

Security forces fired live bullets at protesters in Baghdad's Khillani Square on Friday as they sought to push them back to the main camp at Tahrir Square, part of a government tactic to confine the unrest.

The mass protests, which began in Baghdad on October 1 and spread through southern Iraq, are an eruption of public anger against a ruling elite seen as enriching itself off the state and serving foreign powers – above all Iran – as many Iraqis languish in poverty without jobs, healthcare or education.